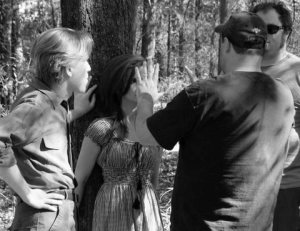 Originally from a small town in Arkansas, I have lived in numerous places all over the country, working variously as a country music disc jockey, an oil refinery demolition specialist, a movie critic, a television producer, an eighth-grade English teacher, and a college professor. Along the way, I managed to earn an Associate’s degree in Film and Television, a Bachelor’s in English Education, a Master’s in American Literature, and a PhD in Literature, Film, and Theory from LSU (Geaux Tigers!). Currently, I live in Florida with my wife, the poet Paulette Guerin, who is earning her MFA at the University of Florida. We have three children and three cats.