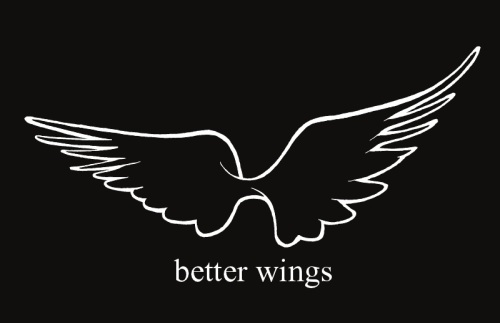 Better Wings Productions is an independent production company I started it in 2010 solely for the purpose of producing low budget independent films. The company takes its name from a quote by one of my all-time favorite filmmakers, Stanley Kubrick. But before I come to the quote, I need to give you a little background.

When I was a kid, my mother used to read to my at bedtime and one book we often returned to was a collection of Greek myths. Though I loved several of them, I was always fascinated by the story of Icarus, the young boy who flew too close to the sun and, as a result, plunged into the water and drowned. The story always stuck with me and I loved seeing and hearing references to it in books, movies, and even rock songs. It was a story that was alwasy with me.

Jump several years later to when I was a teenager working at a local video store. Video was a new thing and I was suddenly able to watch classic films I had only read about by Hitchcock, Coppola, Scorsese, and a slew of others. But one director that I returned to again and again was Stanley Kubrick. I devoured his films, watching them over and over.

Jump again to 1999. I was out of college, had started a family, and was working my first job as a teacher in a small town. I was also trying to get an indepedent film career going. At my day job, I was doing a unit on Greek mythology and was of course, covering the story of Icarus. I came home one day, turned on the television and heard that my idol, Kubrick, had died of a heart attack days after completing what would be his final film, Eyes Wide Shut. For the next few days following his death, several news programs ran stories about him, and in one of them, they played his acceptance speech for the D.W. Griffith Lifetime Achievement Award from the Director’s Guild of America that he received in 1997. When he referenced Icarus, my ears perked up:

Griffith was always ready to take tremendous risks in his films and in his business affairs. He was always ready to fly too high. And in the end, the wings of fortune proved, for him, like those of Icarus, to be made of nothing more substantial than wax and feathers. And like Icarus, when he flew too close to the sun, they melted, and the man whose fame exceeded the most illustrious filmmakers of today, spent the last 17 years of his life shunned by the film industry he had created.

I’ve compared Griffith’s career to the Icarus myth, but at the same time I have never been certain whether the moral of the Icarus story should only be, as is generally accepted, “don’t try to fly too high”, or whether it might also be thought of as “forget the wax and feathers, and do a better job on the wings”.

I knew then that “Better Wings” would be the name of my production company if I ever formed one. A decade later, I did. So far, I have produced three short films that I also directed. I have also worked in various capacities with other local filmmakers on a few projects produced through other with which I was associated. My hope is that Better Wings Productions will soon take on projects from other directors and writers, helping them realize their visions.

Other Works
As Producer or Director